With a ‘golden orb’ scheme, unique rituals and lavish ceremonies, Britain will witness the coronation of King Charles on May 3rd.

The coronation comes just 8 months after the death of Queen Elizabeth II and the British government has declared the day a public holiday.

The coronation process is known as the ‘golden orb’ scheme as the ceremonies are shortened from more than 3 hours to around an hour and a half during it.

King Charles also preferred to reduce the guest list to just 2,000 instead of the planned 8,000, without the attendance of hundreds of nobles and MPs.

King Charles will reportedly resort to a modern ceremony where he will not have to change his clothes more than once, unlike at his mother’s coronation in 1953, and he will also allow guests to wear simple clothing free of charge, in a language understood in the to use ceremonies.

King Charles abolished an ancient ritual that took a long time, including presenting bars of gold to the king.

Britain was already witnessing an official bank holiday to mark the coronation of Queen Elizabeth II on 2 June 1953 and the day of her funeral on 19 September.

Prime Minister Rishi Sunak described Charles’ coronation as a “unique moment for the country” and expressed his hope that people would honor the king by attending events at the local and national levels.

How are the coronation ceremonies conducted?

The ceremony takes place at Westminster Abbey and includes rituals including the anointing of the king with holy oil by pouring it on the king from a golden eagle-shaped bowl designed by the royal goldsmith Sir Robert Viner in 1661.

The ceremony will include Camilla, the co-queen, bowing to her husband as part of her coronation and honoring the knighted Duke of Norfolk, Edward William Fitzellan Howard, for his success in organizing the funeral of Queen Elizabeth II .

The tiara he will wear will be the St Edward’s Crown, which is made of 22k gold and adorned with 440 precious and semi-precious stones, which is valued at £4.5million and of several monarchs including Queen Victoria , was rejected because of her size weight of 5 pounds. 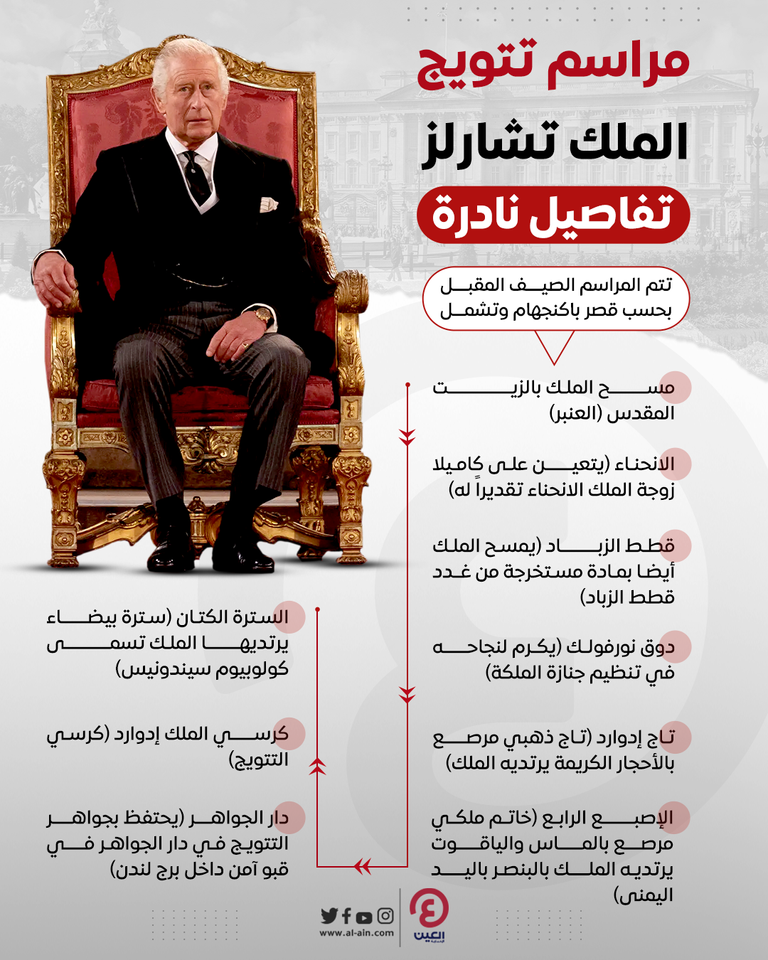 King Charles will also wear the royal ring called the “Nation’s Wedding Ring”, set with diamonds and sapphires and placed with the “finger” of the right hand as a symbol of “royal dignity”.

During the coronation, the King will carry Queen Camilla’s ivory scepter with a dove, originally made in 1685 for James II’s wife, Mary, and Westminster Abbey’s ivory cross, carved from an elephant tusk dedicated to the King in 1924 and featuring the 530-carat Cullinan diamond, the celestial sphere of hollow gold. 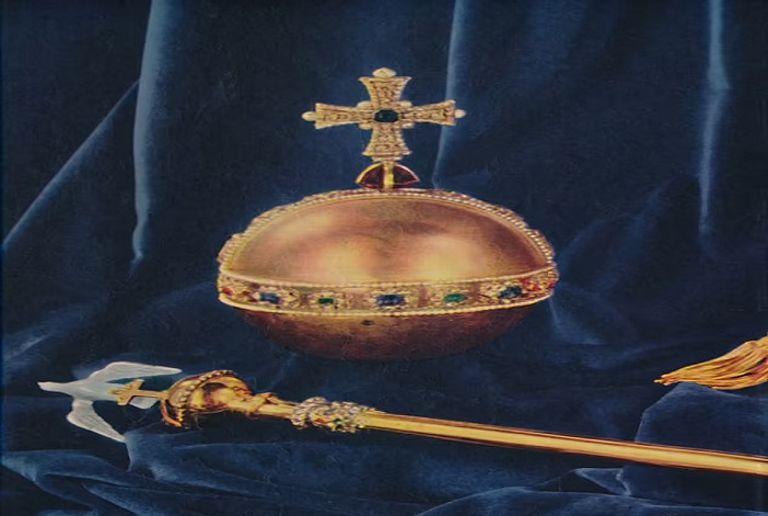 At his coronation, the king will be seated in the chair of King Edward I, made in 1300, and the king will wear a white linen tunic called colobium sindonis, which is Latin for ‘shroud jacket’. To show purity and avoid worldly vanity, the king wears a golden robe and rides a golden chariot. 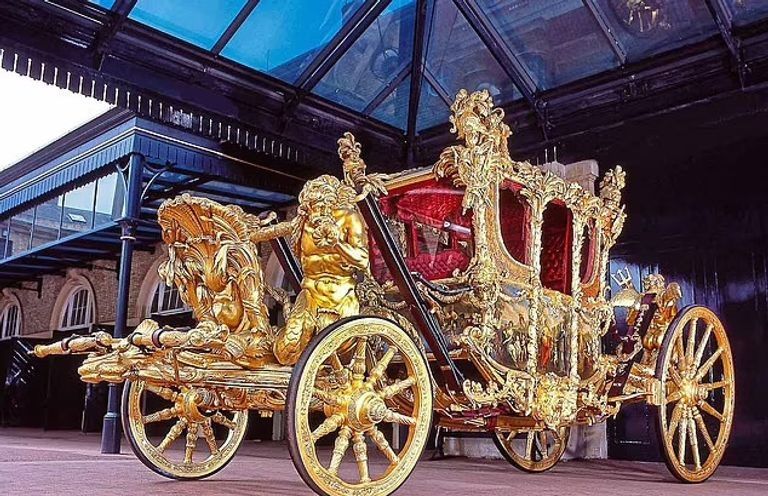