The Emirates Red Crescent Authority launched its annual winter campaign, You Are the Warm Hands, to help half a million people in 31 countries.

The winter campaign includes the provision of food, health and shelter, and the agency will allocate additional assistance to refugees and displaced people in many countries due to the conditions they face during the winter, particularly those in camps that face many of the necessities missing life.

This came at a press conference the agency held Thursday at its headquarters in the presence of Hammoud Abdullah Al Junaibi, acting Secretary-General of the Red Crescent, and a number of agency officials, campaign partners and media professionals.

Fahd Abdul Rahman bin Sultan, Red Crescent Deputy Secretary-General for Development and International Cooperation, said in his speech during the conference that the agency used to launch this campaign annually to improve its response to the vulnerable segments and the impacts of the winter season , especially health.

He added: “This year’s campaign is more important in relation to the prevailing conditions around the world and also due to the severity of crises and other humanitarian disasters that the world is experiencing, so this year’s plan of the agency aimed to broaden the umbrella of recipients of winter relief, and this expansion has been compelled by several factors, the most important of which are global health, conflict and crisis.”

He added: “Aid includes essential needs in the form of winter clothing, blankets, heaters and fuel, as well as food and medicine packages. The aid program will be implemented gradually in coordination with humanitarian partners and the embassies of the UAE in those countries.”

He emphasized that the Red Crescent Authority will do our best to achieve the campaign’s goals, to reach the targeted people in their areas and to provide them with supplies that will protect them from the effects of cold and winter and help them overcome their difficulties cope with conditions.

The Deputy Secretary-General called on philanthropists, benefactors, donors and all sectors of society to help support the campaign to ease the impact of the winter season on the shoulders of those affected in many countries. 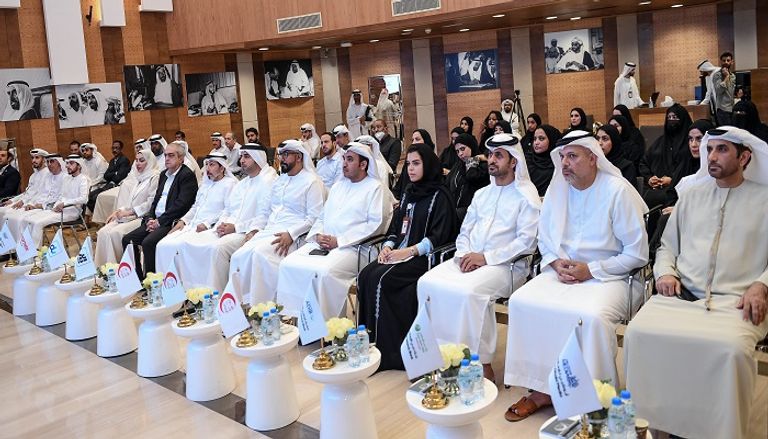 He noted that the agency has taken its precautions to improve campaign activities, receive support from charities and facilitate the donation process through the agency’s platforms and outlets through the website, bank deposits, smartphone applications and text Messages, a toll-free phone number, cash donation boxes and electronic devices, and the deployment of agency officials at around 175 Emirates-level locations, particularly in commercial hubs, markets and various institutions.

For his part, Ahmed Salem Al-Rashdi, Regional Head of Real Estate Finance at Abu Dhabi Islamic Bank, said: “Participating in the sponsorship and support of the winter campaign is an excellent opportunity for Abu Dhabi Islamic Bank to play an effective role in supporting the Process of giving in the country in line with the guidelines of our wise government to establish concepts of good, in addition to contributing to the support of local projects and spreading the spirit of cooperation, love, social solidarity and family bonding among the members of society.”

Al-Rashdi, speaking during the press conference, added: “We are honored at Abu Dhabi Islamic Bank and by this platform to reiterate our willingness to be part of this annual initiative which aims to promote the values ​​of giving and giving The importance of cooperation with non-profit organizations and associations at home and abroad should be emphasized.

He explained that the partnership linking the Abu Dhabi Islamic Bank with the Emirates Red Crescent Authority is not new and we are always keen to support all Red Crescent campaigns for the aid they bring not only to Emirates residents , but to the whole world, so it is an entity that deserves all the support and help from the various institutions and sectors of the country, and we strive to provide assistance in all areas to support this noble effort that the serve the community.”

Noting that the bank has supported a variety of humanitarian and social campaigns in recent years because of its strong belief in social responsibility and the important role it plays in the development of society at various levels, he stressed the consistency The Bank strives to sponsor many social responsibility programs.