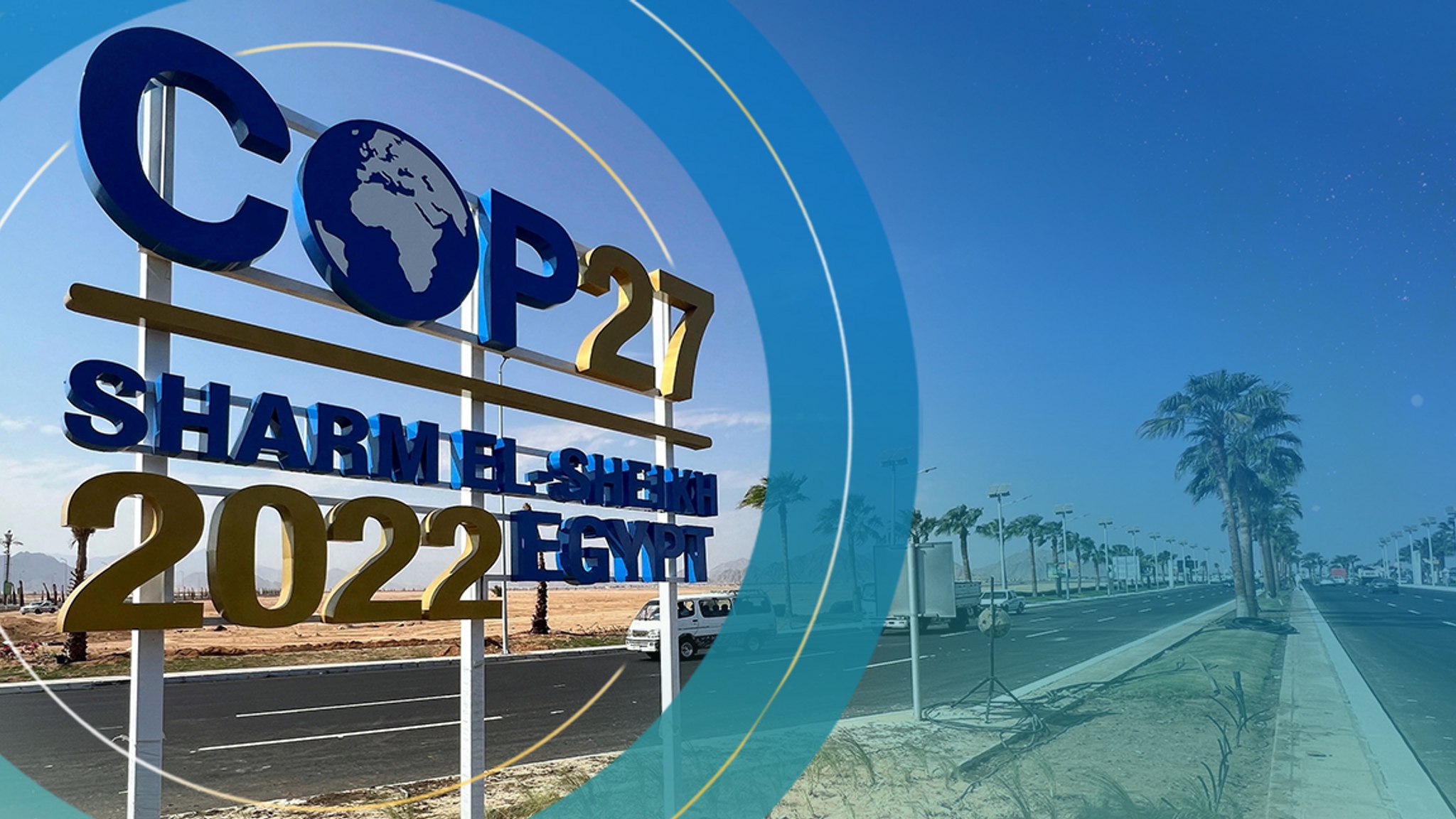 From the economics department.

Sharm El-Sheikh, Nov. 7 /WAM/ The activities of the Conference of the Parties to the United Nations Framework Convention on Climate Change at its twenty-seventh session (COP27) come amid a global desire to move from the commitments phase to the declaration phase to enter the implementation phase and a commitment to achieving international goals related to goals to address the impacts of climate change.
The presence of about 120 heads of state, representatives of 197 countries, “nearly 40,000 participants” from around the world and dozens of international and regional organizations … reflects a serious desire to develop precautions and recommendations to limit the negative impacts of climate change and adaptation to its consequences.
The session in Sharm El-Sheikh is dedicated to the increasing importance of this global summit, which it has gained over the last decades and was the result of a series of global efforts that led to the announcement to hold this summit annually.
In 1949, the United Nations Scientific Conference on the Conservation and Use of Resources formally addressed the issue of natural resource depletion and the need to manage it to achieve social and economic development for the first time. More than two decades later, this move bore fruit for the United Nations Conference on the Human Environment, also known as the Stockholm Conference, held in 1972.
The conference also inspired the creation of the United Nations Environment Programme, which in 1979 adopted the first international instrument to address climate change, the Convention on Long-Range Transboundary Air Pollution. When the effects of climate change became evident in the 1980s, such as “acid rain” in Europe and North America; The United Nations Environment Program has recommended restricting the production and use of CFCs, commonly used in sprays, packaging materials and refrigerators, to protect the Earth’s ozone layer, which helps absorb sunlight and prevent it from penetrating the reached the surface of the earth.
This led to the adoption of the Vienna Convention for the Protection of the Ozone Layer in 1985, followed by the Montreal Protocol on Substances that Deplete the Ozone Layer in 1987, while the 1992 Earth Summit in Rio de Janeiro, Brazil announced the United Nations Framework Convention on Climate Change and the Convention on Biological Diversity and the Convention to Combat Desertification.
Since its adoption, the United Nations Framework Convention on Climate Change has become the mainstay of the international community’s efforts to combat global warming and by March 1994 165 countries had signed the convention and the UAE had ratified it in 1995. The countries that have ratified the Convention are called “the Parties”.
The Kyoto Protocol to the United Nations Framework Convention on Climate Change, agreed at COP3 in 1997, committed industrialized countries to reduce their total carbon emissions by 5% from 1990 levels. The COP15 in Copenhagen in 2009 set the threshold for global warming, we know that. It is currently two degrees Celsius above pre-industrial levels.
The Paris Agreement, adopted in 2015 during COP21 in the French capital, followed the Kyoto Protocol and required countries to announce nationally determined contributions to mitigate climate change and committed them to limit global warming and global temperature rise to stop at two degrees Celsius while trying to limit global warming. Raising it to 1.5 degrees above pre-industrial levels as the UAE becomes the first Arab country to sign and ratify the Paris Agreement.
The current course in Egypt focuses on 4 areas: mitigation and reduction of carbon emissions that cause climate change in the first place, adaptation by avoiding climate change damage, loss and damage by reducing the impacts of climate change, and means of implementing the Paris Climate Agreement, in particular with financial support.
The world today is confronted with the consequences of climate change, which are not only limited to environmental aspects, but also include economic aspects, as a global study by the world’s largest reinsurer, “Swiss Reinsurance”, warned last year that the effects of climate change on agriculture, disease and infrastructure, in addition to government and other spending, the global economy will lose $23 trillion or 10 percent of its value by 2050.
To counteract these impacts, the Sharm el-Sheikh Summit reaffirms its pivotal role in announcing that the world has begun to move into the actual implementation phase to avoid the potential impacts of climate change, whether environmental or economic.