Ongoing efforts by the Emirates on more than one level to promote international peace, spread peace and promote the values ​​of dialogue, tolerance and human brotherhood.

These efforts take many forms, most notably the diplomatic and political efforts led by Sheikh Mohammed bin Zayed Al Nahyan, President of the Emirates, to mediate in resolving international crises or launch initiatives to promote human brotherhood, tolerance and propagation of peace .

The UAE is also constantly striving to organize and host international conferences and forums involving thinkers, politicians, clergy, experts and decision-makers from around the world to discuss the main international challenges and crises and develop sustainable solutions that promote internationality would strengthen peace and spread a culture of peace in the world.

At the forefront of these forums is the “Abu Dhabi Peace Forum”, the ninth session of which begins on Tuesday entitled “Globalization of War and the Globalization of Peace: Requirements and Partnerships” based on the UAE’s “rich” fortune to spread peace and Consolidate stability around the world and disarm a series of crises around the world.

The Forum also seeks to contribute its accumulated experience and the outcomes of its successive meetings since its inception in 2014 by discussing this general theme.

This year’s forum, launched under the auspices of Sheikh Abdullah bin Zayed Al Nahyan, Minister of Foreign Affairs and International Cooperation of the United Arab Emirates, and lasting 3 days, has a special meaning, focusing on its theme “Globalization of the War and the Globalization of Peace: Demands and Partnerships” for more reasons than one.

The first reason is that this session of the Forum is the first to be organized after Sheikh Mohammed bin Zayed Al Nahyan took over the UAE Presidency on May 14.

This course starts under the title “Globalization of War and the Globalization of Peace” inspired by the vision of Sheikh Mohammed bin Zayed Al Nahyan, President of the UAE, to spread peace worldwide, which he expressed in his speech on July 13th during the first comprehensive speech in which he discusses his vision of state politics The internal and external emirates since taking over the government.

In his speech, Sheikh Mohammed bin Zayed Al Nahyan emphasized that “UAE policies will continue to support peace and stability in our region and the world… helping brothers and friends… and wisdom and cooperation for the well-being and progress of mankind.” 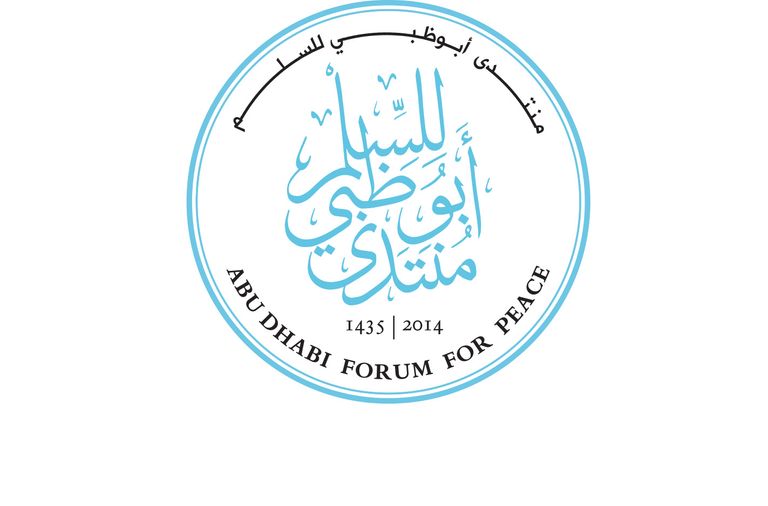 The forum also chose the slogan: “Globalization of War and Globalization of Peace: Requirements and Partnerships” as the title of its meeting this year, given the crises and tensions that the world is experiencing, most notably the Ukrainian-Russian crisis, which reflects the concept of “Globalization of Wars” affirmed, having proved that peace is an indivisible whole and that any violation of it will have repercussions on humanity.”

This crisis and the related repercussions that affected the whole world, be it in terms of food prices, energy or humanitarian impact, proved that wars in this period do not stop at the geographical boundaries of the battlefield, but spread to the rest of the world extend world .

This crisis is a model that reflects the importance of confronting the globalization of wars with the globalization of peace, a role that the UAE has played in spreading a culture of peace in the world with its pioneering initiatives, constant efforts and diplomacy to promote and trying to spread peace and tolerance.

The call for peace, endorsed by Sheikh Mohammed bin Zayed Al Nahyan, is the UAE’s latest sustained effort to push for a solution to this crisis.

Since the eruption of the Ukraine crisis, Sheikh Mohammed bin Zayed Al Nahyan, President of the UAE, has taken the lead on more than one level to push for a peaceful solution to end the crisis, most recently during his October 11 visit to Russia, whose agenda was the Ukraine crisis.

Despite the complexity and duration of the crisis, the chances that the UAE will succeed in ending it diplomatically are great for more reasons than one, primarily because of the UAE’s long history of spreading peace and consolidating stability around the world, which puts great expertise at their disposal, enables them to intervene and mediate. 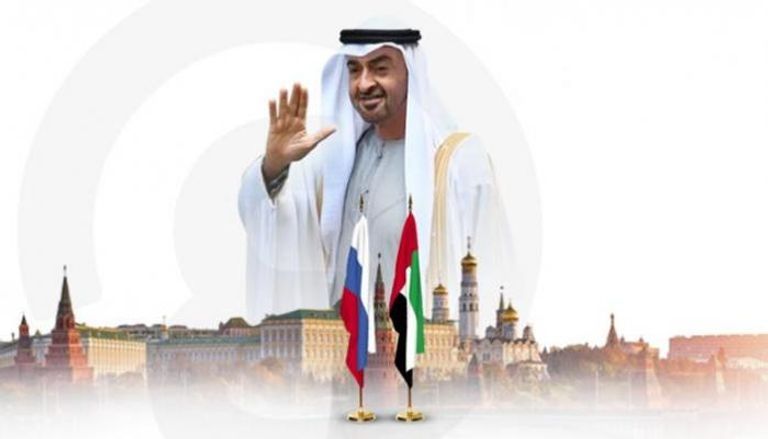 the capital of peace

This session is also of particular significance because it is the first session of the Forum to bear the name “Abu Dhabi Peace Forum”, following the Forum’s new identity which was introduced at the conclusion of the previous Forum in December 2021, after which the The Name of the Forum has been changed from “Forum to Promote Peace in Muslim Societies” to “Abu Dhabi Peace Forum” and bears the name of the Capital of Peace, Tolerance and Space for Coexistence and Love in its logo to highlight and expand its role the scope of his goals.

Since its inception in 2014, the Forum has taken upon itself the realization of its vision and goals, which call for peace, love, harmony, honoring human beings and uplifting all, reviving and strengthening the culture of coexistence in human and Muslim societies, and reviving interfaith human Values. Such as Peace, Mercy and Justice and enhancing the UAE’s role in spreading peace and providing security and happiness to Muslim and human societies.

From this perspective, their annual gathering was a platform and knowledge space where religious leaders, benevolent thinkers, and peacemakers meet to share views and experiences, and to discuss opportunities for collaboration and partnerships on issues of promoting peace around the world.

A wide range of decision-makers and religious leaders from around the world will take part in the work of the ninth forum, including ministers, representatives of UN agencies, government agencies, intellectuals, academic figures, representatives of civil society institutions and organizations working in the field of peace and Tolerance.

Over the course of 3 days, participants will share views and experiences, and discuss ways to enhance collaboration and partnerships on issues that contribute to the achievement of world peace through scholarly lectures and hands-on workshops.A comprehensive vision to strengthen the values ​​of tolerance and coexistence among the People of the country and cooperation and solidarity to counter the globalization of war with the globalization of peace.

The forum will discuss important topics, including the following:

– Vital challenges to world peace in the face of the crisis of the international system (food, health and environment).

The universality of peace in the face of the globalization of wars: Towards a universal human pact to meet common challenges.

The Role of Youth and Women in Achieving World Peace. 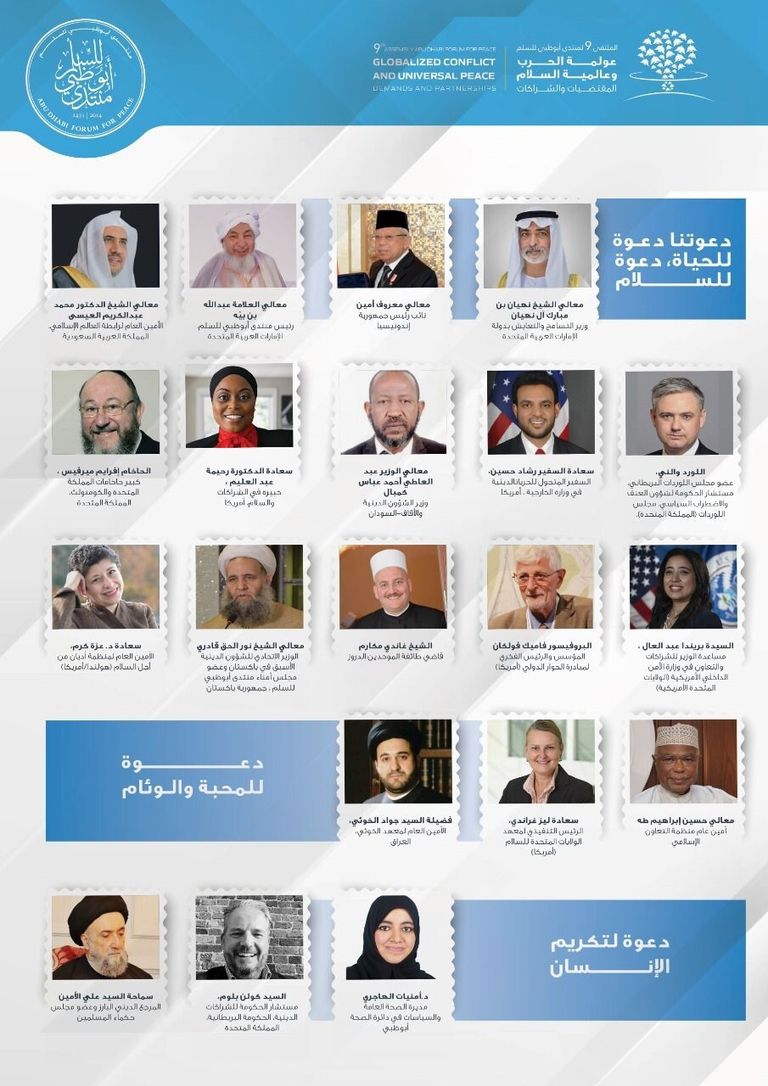 The Forum’s objectives are in line with the 50 Principles that chart the UAE’s economic, political and development path for the next fifty years.

The tenth principle states that “the call for peace, peace, negotiations and dialogue to resolve all differences is the foundation of the UAE’s foreign policy, and striving with regional partners and global friends to consolidate regional and global peace and stability is a fundamental engine foreign policy is politics.”

It also corresponds to the historic document of “human brotherhood” signed in February 2019 by Grand Imam Ahmed Al-Tayeb, Sheikh of Al-Azhar, and His Holiness Pope Francis, Pope of the Catholic Church, under the patronage of Sheikh Mohammed bin Zayed Al Nahyan, President of the UAE.

The document called on world leaders, international policymakers and the global economy to “work seriously to spread the culture of tolerance, coexistence and peace and to intervene immediately to stop the flow of innocent blood and the wars.” , conflict and climate issues to halt the decline and cultural and moral decline that the world is currently experiencing.”

The document emphasized that “dialogue, understanding and dissemination of a culture of tolerance, acceptance of others and coexistence among people would help stem many social, political, economic and environmental problems affecting a large part of humanity harass”.

Also among Sheikh Mohammed bin Zayed Al Nahyan’s most prominent initiatives is his achievement of a historic agreement between the UAE and Israel on September 15, 2020, and his personal intervention to defuse tensions in a number of places around the world, notably his mediation to defuse the longest conflict in Africa between Ethiopia and Eritrea in July 2018.

These efforts, which helped spread the culture of tolerance and peace in the world, made Sheikh Mohammed bin Zayed Al Nahyan trustworthy and praised, and he received many certificates, awards and medals from UAE and many countries.

The most recent of those awards is the Research Statesman award he received last November from the Washington Institute for Near East Policy, of which the institute said that “Sheikh Mohammed bin Zayed Al Nahyan supported the process of securing the US peace agreement headed the United Arab Emirates and Israel as well as his commitment to expanding religious tolerance in his country.

Honoring an extraordinary leader whose efforts were appreciated by all prompted the Vatican to honor him with the Man of Humanity medal last July.

Earlier, in March of the same year, he was voted the best international figure in the field of humanitarian aid for 2021, and Arab readers awarded him the title of “the most prominent Arab leader” for 2019, in a referendum of the network “Russia Today”.