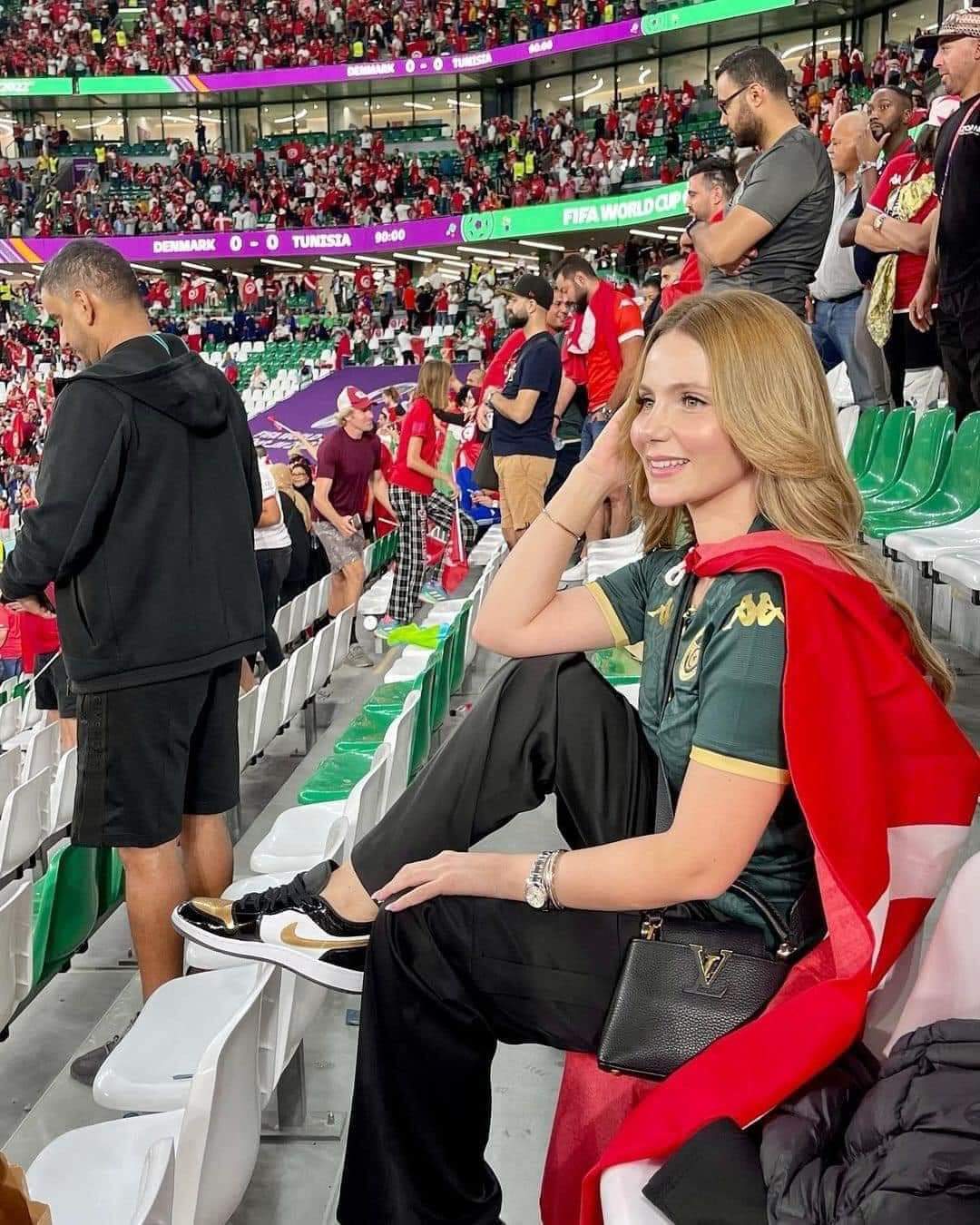 “A Disney Princess” in Qatar. Who is Tunisian beauty Aya Hakki? – Hometown

Country- filled up”Aya HaqqiThe wife of former Tunisian player ‘Karim Hakki’, who stood out with her striking beauty at the World Cup in Qatar after cameras were trained on her while sitting in the stands of Education City Stadium to cheer on her country’s national team . Tunisia, in the game they met yesterday, Tuesday, with the Danish national team.

The beautiful Tunisian Aya Hakki is in Qatar

Pictures of Aya, the charming, beautiful Tunisian, who took the limelight immediately after the football game ended and emerged with a gorgeous Disney princess look, were circulated by social media activists, according to the description activists.

Aya Hakki is the wife of 38-year-old former Tunisian player Karim Hakki, who is considered one of the most prominent international players as he has achieved many successes with his country and the clubs he played for, the most notable of which was his win with the team at the Africa Cup of Nations in the 2004 edition.

Is the German interior minister homosexual?.. A thrilling performance from Qatar sparked controversy

Many sites and publications circulated pictures of Aya with comments such as “A Tunisian woman hijacked the world’s camera lenses in Doha”.

A Tunisian, like she was from Disney World, snatched the lenses of the world’s camera at a match yesterday 🇹🇳❤️ pic.twitter.com/RIQxdrJGRC

Age and nationality of Aya Hakki

The name “Aya Haqqi” is given by search engines to find out details about her, especially her age and nationality.

And while some of the tweeters confirmed on Twitter that Tunisian player Karim Hakki does not deal with personal matters and keeps his married life away from the media.

Others, however, pointed out that Aya Hakki is a famous beauty queen.

Activists released a video showing Karim Hakki’s wife and confirming that she is the same cheerleader that has intrigued many on different sides.

The Tunisia national team at the FIFA World Cup Qatar 2022

The Tunisian national team started the 2022 World Cup finals with a valuable result, a goalless draw against their Danish counterpart for the fourth group games.

The Carthage Eagles presented a good football system and they would have won if they hadn’t missed opportunities and achieved a positive draw that will play an important role in the team’s journey to the finals.

The Tunisian national team is preparing for another strong confrontation in the group stage of the World Cup by meeting Australia in the second round.

And while Australia lost to France by four goals to one, the Carthage Eagles come into play with a valuable point that will go a long way in helping them put on an outstanding football show.

Dazzling beauty of Saudi cheerleaders stands out in Qatar (Witness)

The Tunisian national team is in Group D of the World Cup alongside France, Denmark and Australia.

He finishes his group games by taking on France at Education City Stadium.

The Tunisians are counting on the team’s performance in a historic second round run, especially in front of an amazing crowd.